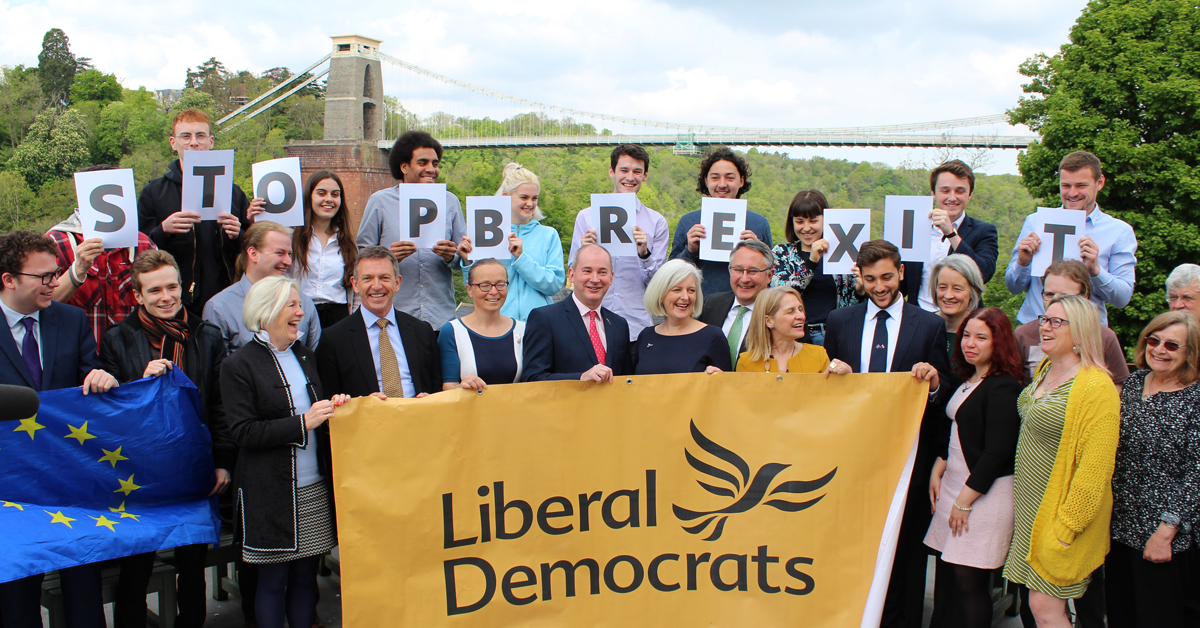 "Vote Liberal Democrat: Stop Brexit. That's the clear message of the Lib Dem European election campaign in the South West and across the country. Looking at Thursday's amazing local council election results, that's clearly what many South West voters want. They know Brexit is a national embarrassment and an economic, social and environmental disaster.

"It's a real shame that Remain supporting parties did not unite in this election. It is clear voting Lib Dem on Thursday 23 May is the best way to stop Brexit. We are also the only Party giving a voice to Gibraltar in this election. Their very future is threatened by Brexit.

"Bristol University student Luke is both the South West's youngest candidate at 20 and the only one from Gibraltar," Wera added. 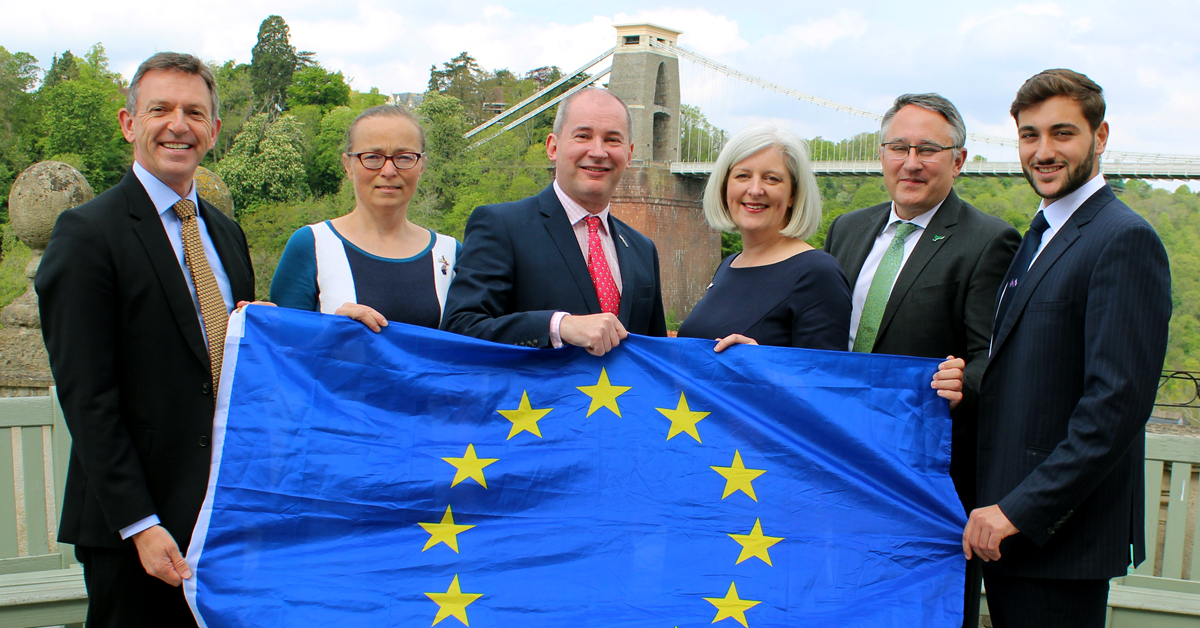 "Every vote for the Lib Dems resulting in a big win for us in the South West, sends a powerful and clear message to Theresa May and Jeremy Corbyn. We demand a People's Vote. We want to stop Brexit. We want the people to have a chance to do that by voting Liberal Democrat.

"Lib Dems are the only party that's been fighting for a People's Vote since the day after the EU Referendum. More than 25,000 people have joined our campaign since then.

"Brexit wrecks Europe's united fight against climate change, to defeat organised crime and combat terrorism. It hits jobs, businesses and vital public services throughout the South West. We have to stop Brexit and voting Lib Dem is the way to do it."

Former Lib Dem Cheltenham MP, Councillor Martin Horwood said, "The EU and the Lib Dems are taking clear, decisive and urgent action against climate change, both in Europe and around the world. Voters in Cheltenham last year, the Cotswolds last week and across Gloucestershire are turning to the Lib Dems because we take the environment seriously and we can stop Brexit." 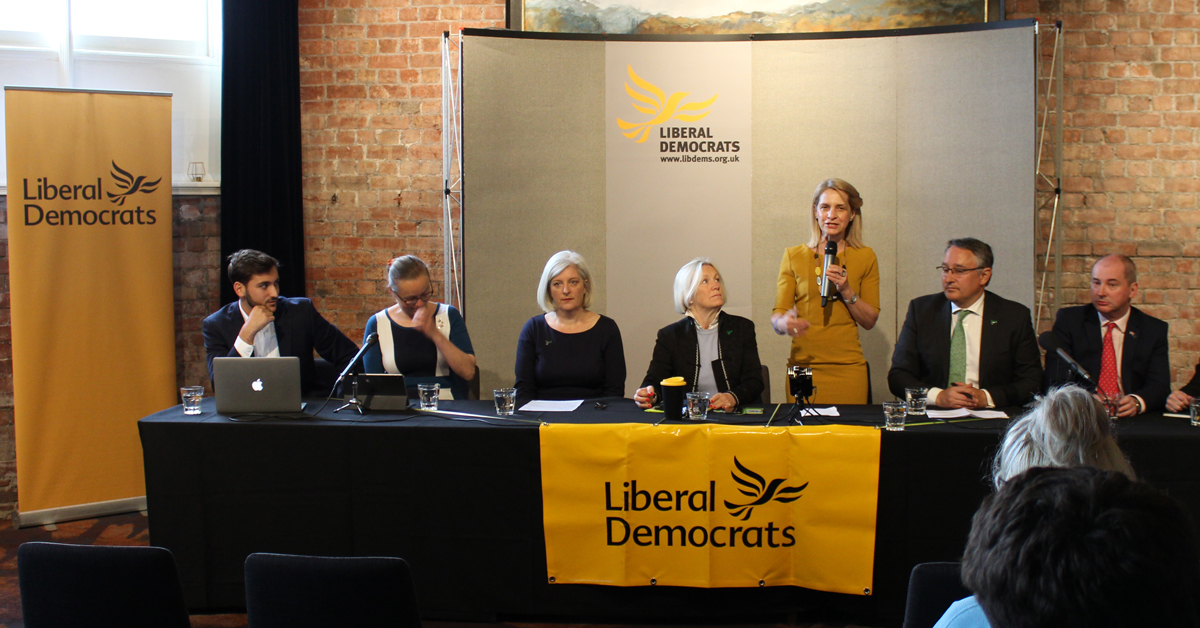 Former Bristol West MP and Government Minister, Stephen Williams said "Bristol, Cornwall and Wiltshire voters did not have their chance to speak out against Brexit last Thursday.

"Pro Remain voters there, as elsewhere are horrified by Jeremy Corbyn trying to get Brexit through and refusing to back a People's Vote. Having been out and about in Bristol this weekend, it's clear they will be voting Lib Dem to stop Brexit on 23 May."

Councillor Eleanor Rylance added "Our NHS, care industry and other vital public services will be hammered by Brexit. There is no new money for the NHS like the Brexiteers promised. That was just another lie.

"Instead we are seeing a growing crisis in our hospitals and care homes as doctors, nurses and care workers return to Europe as they have no security here. For the sake of sick, elderly and vulnerable people we have to stop Brexit by backing the Lib Dems. People in Devon just did that in record numbers and will do so again on 23 May.

Queen's Award for Enterprise winner David Chalmers said "Business people know Brexit is a disaster. From Airbus to Honda they are cutting back and pulling out. Jobs, businesses and family prosperity have been put at risk. No wonder businesses and trades union leaders have united in calling for a People's Vote with the right to Remain.

"The Lib Dems were the first Party to demand that. Then we stood alone. Now millions stand with us and are set to vote Lib Dem on 23 May." 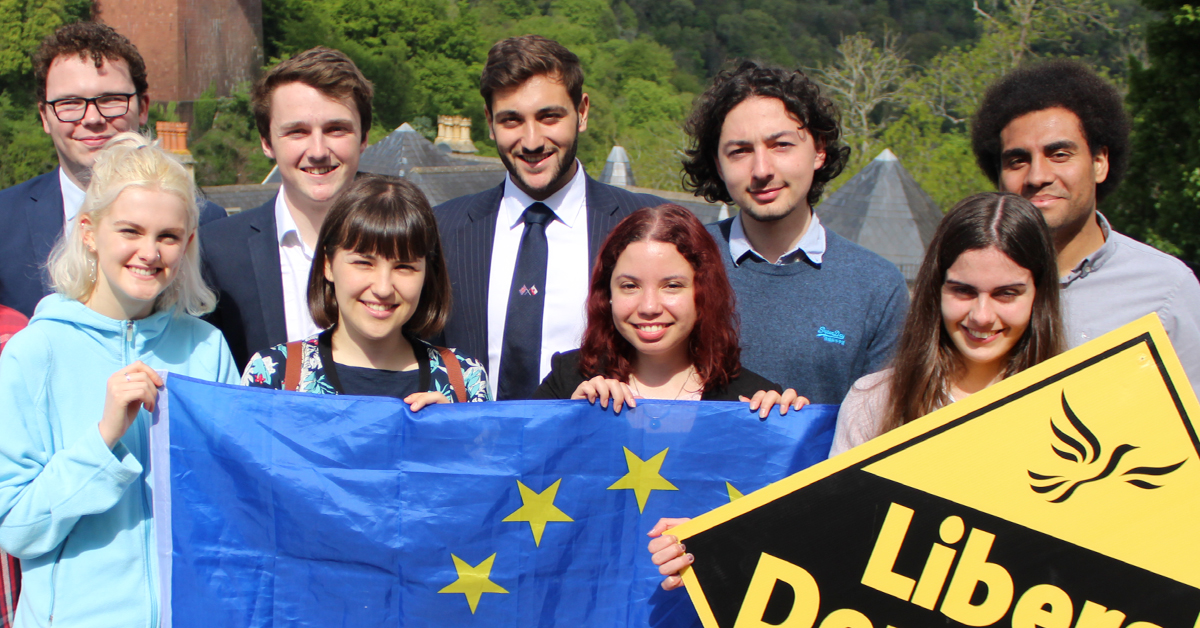 Gibraltarian, Luke Stagnetto studies at the University of Bristol

Also on the Lib Dem slate of European Candidates is 20 year old Bristol University Student and representative of the governing Liberal Party of Gibraltar Luke Stagnetto, who said:

"I am very proud to be representing the Liberal Democrats as well as Gibraltar and young people in this election. We must make our voices heard. More than 95 per cent of Gibraltar voters backed Remain. They know their futures will be hit by Brexit.

"In the 2016 Referendum, young people voted massively to Remain. Many who can vote now were too young to vote then. This is now the chance for all of us to make our voices heard.

"I urge all my fellow Gibraltarians, young people and other Remainers in the South West to vote Lib Dem to Stop Brexit."

Find out more about our work - sign up for emails today: